Most of you know that giraffes have held a very special place in our lives and a huge place in Brecken's story. We have accumulated everything and anything giraffe. Our collection continues to grow, but it will never get old. As many of our pictures and stories with giraffes in them have become evident, most of you have not met THE "Raph the Giraffe". He is no ordinary giraffe. He is special and he is amazing.

And here is his story. 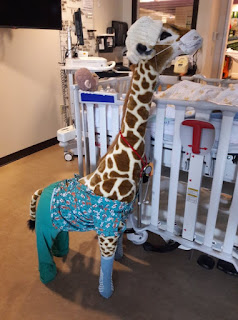 When I was pregnant with Brecken, a giraffe named April (who resides at Animal Adventure Park in New York) became an internet sensation as millions watched her through pregnancy and birth on live streaming. April and myself were due with our babies on the same day. As we both went over due, her much much longer than me, it was often joked about that maybe I should stream my pregnancy and birth just like her. Although I never agreed to it, it was the beginning of the giraffe theme we gave to Brecken. 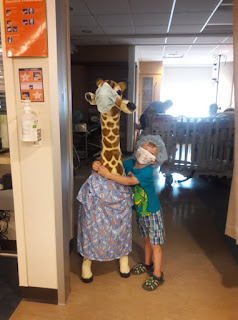 On March 4, 2017 when Brecken made his entry into the world, his wardrobe and our house was quickly filled with giraffe blankets, stuffed animals, and giraffe toys. In January of 2018, when Brecken was admitted to the hospital with uncontrollable seizures, his auntie Megan walked in the PICU with a giant 4.5 foot stuffed animal giraffe. She named him Raphael, the patron saint of healing, and around his neck, a key. The key to strength. And that was the day "Raph the Giraffe" was named. 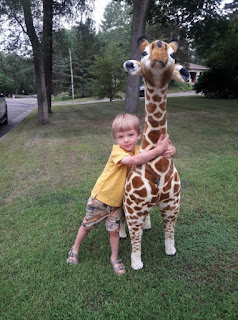 Raph stayed at the bedside of our sweet little Brecken every day. He attended morning report with the doctors, nurses, and team. They dressed him and talked to him. He came home with Brecken after their 45 day stay in the hospital. And he went back and forth with Brecken to many more hospital stays. His love and strength followed. Raph was at home with us when Brecken gained his angel wings to heaven and the day we laid him to rest in his "special spot". Raph holds his permanent residency in our living room. Right where his love, strength, and guardianship will remain.

We love our Raph. He certainly is a special one.
Posted by sarahjeankariniemi at 6:53 PM

Behind this strong Mama...

Hello! Mommy here of two sweet, amazing boys and one beautiful, loving little girl! I'm married to my supportive husband, as well as a sister, daughter, niece, registered nurse, and friend. Here to tell my story of who I am today because of these three kiddos who call me mom. Telling my story of triumph, strength, and joy through fear, frustration, and tears. Your here to help me along. Every step of the way. #mommingstrong 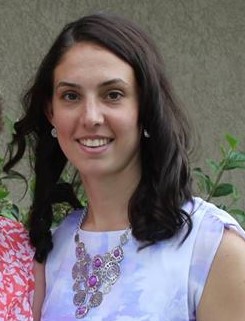